A new study of the flora and fauna of Polk County documents an extraordinary number of rare plants and describes 32 areas that are vitally important for biodiversity, with a focus on species that are in danger of extinction. Conserving Carolina and botanist David Campbell have completed An Inventory of the Significant Natural Areas of Polk County, North Carolina. The study culminates seven years of field work, as well as findings from the citizen science initiative “Polk County’s Most Wanted.” The study can help guide decisions by conservation groups, government agencies, and private landowners about places that are important to protect.

Update: In addition to this free download, you can now purchase print copies of the report on Amazon.

In the report, Campbell writes, “The presence of no less than thirty-four distinct natural community types is…a testament to the incredible biodiversity to be found within the borders of Polk County. As such, Polk County deserves its recognition as a unique and highly valued component of North Carolina’s rich natural heritage.”

The report lists 127 rare or watch-list plant species in Polk County, which Campbell notes is “an impressive list for any county, let alone one that is so small in area.” Of these 13 have been federally designated as threatened, endangered or vulnerable, while 45 have been designated at the state level.

The study explains that Polk County’s exceptional biodiversity is due to factors including sharp changes in elevation; a warm, wet climate; diverse rock types; and proximity to coastal, piedmont, and mountain ecosystems.

Polk County is home to plants that one would expect to find in the Ozarks, such as Ozark Bunchflower and Arkansas Horsemint. One can also find species associated with coast, including a disjunct population of Scarlet Kingsnake—that is, a population that is separate from the rest of the species’ range. Other primarily coastal species found in Polk include Climbing Hydrangea, Sweetbay Magnolia, Laurel Greenbrier, Poison Sumac, and Swamp Tupelo.

Polk is the only place in North Carolina where one can find Allegheny Spurge and one of very few sites in the state for Whorled Horebalm. The most abundant population of the endangered wildflower White Irisette is found here. Polk is also the only recorded site in the world for a mysterious plant, Bigleaf Scurfpea, which was collected twice in the late nineteenth century on White Oak Mountain and has not been seen since.

In all, the inventory identifies 32 Significant Natural Heritage Areas. As defined by the North Carolina Natural Heritage Program, these are sites, whether on land or water, that are important for biodiversity because of rare species, unique natural communities, or other ecological features.

When this study began, in 2011, all but five North Carolina counties had completed similar inventories. These inventories can help to prevent the accidental destruction of habitats that support vulnerable animal and plant species. These inventories help guide actions by state agencies, local planning offices, private conservation groups, and individual landowners. This information can help to support local conservation projects, create places for public recreation, and promote tourism and community development.

During this study, specimens were collected for the Mecklenburg County Herbarium and the Herbarium of the University of North Carolina at Chapel Hill. Herbarium collections are essential for numerous scientific studies, including mapping geographic distributions of plants and tracking changes over time. These collections can also be repositories of viable seeds for species in danger of extinction.

Pam Torlina, the southeast stewardship manager for Conserving Carolina, says, “Biodiversity is the basis of human existence. It’s our life support system, providing services that we take for granted. Every species, no matter how small, has a role to play in the ecosystem, which provides our climate, water, air, natural resources, and food. Conservation efforts and development policy decisions should not be made without an understanding of the biodiversity in the county—a fragile, often overlooked, balance.”

The study was authored by David Campbell and funded by Conserving Carolina and the Polk County Community Foundation. The study includes maps and detailed descriptions of Significant Natural Heritage Areas in the county.

Download the full report as a PDF. You can also purchase a print copy on Amazon. 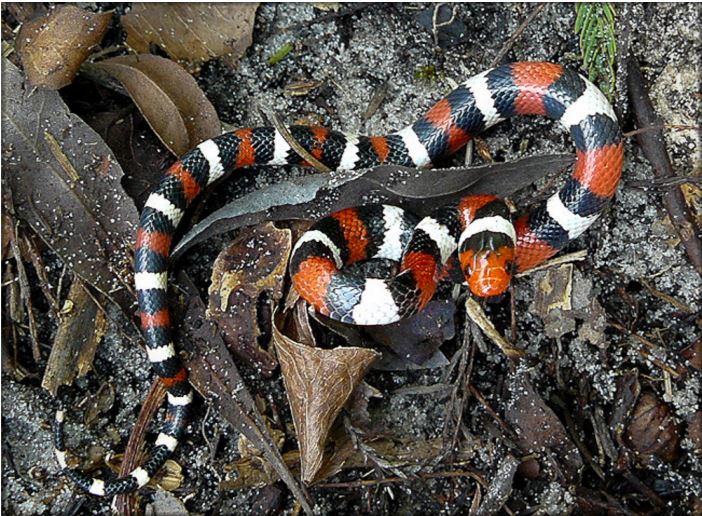