The Ecusta rail line connecting Hendersonville and Brevard is officially on its way to becoming a rail trail! On August 12, a subsidiary of Conserving Carolina completed the purchase of the 19-mile unused rail line to create the long-envisioned Ecusta Trail. With the purchase of the land complete, Friends of the Ecusta Trail and Conserving Carolina are now focused on the next big step—raising funds for construction.

Hunter Marks, president of the Friends of the Ecusta Trail, says, “Our board, and many other community members, have invested countless hours over the last 10+ years to explore and encourage the idea of the Ecusta Trail.  We’re excited to see it become a reality.  We believe it will become a signature feature for our area, and be an economic catalyst for our communities.”

Rebekah Robinson, an assistant director at Conserving Carolina who led efforts to purchase the corridor, says, “We are thrilled to have reached this important milestone in the creation of the Ecusta Trail and look forward to the many economic, health, and environmental benefits the trail will bring to our communities once it is constructed.”

Bill Lapsley, Chairman of the Henderson County Board of Commissioners, says, “Trails and greenways are no longer viewed as just community amenities; they are essential infrastructure for quality of life, for economic development in our community, and for creating a tourism destination. The Henderson County Board of Commissioners was proud to take a lead step in ensuring the purchase of this corridor.”

EcustaRails2Trail, LLC, a subsidiary of Conserving Carolina, purchased the corridor from Blue Ridge Southern Railroad, LLC, which is a division of WATCO Companies, for $7.8 million. However, at this time, the trail has not been built and the corridor is not open to the public.

The purchase was made possible by a major grant from NC Department of Transportation, as well as significant funding from the Tourism Development Authorities of Henderson and Transylvania Counties and a grant from the Community Foundation for Western North Carolina. The corridor has been “railbanked,” meaning that it can be used for a recreational trail until such a time that the line is needed again for rail transportation.

Partners envision the Ecusta Trail as a premier greenway destination, on par with the Virginia Creeper Trail and Swamp Rabbit Trail, both of which have resulted in economic vitality for rural communities. The linear park will also provide a place for people to get outside by walking, hiking, biking, wheelchair, and other forms of recreation. By creating opportunities for “green exercise,” the trail will support both physical and mental health.

Chuck McGrady, former N.C. House Member and current NC DOT board member, says “The Ecusta Trail is more than a recreational amenity for local residents. It will contribute to the economy in our community in much the same way as similar trails like the Virginia Creeper or Swamp Rabbit Trail.”

Henderson County and the City of Brevard have pledged to manage construction of the trail, and have already begun seeking grants.

Jim Fatland, Brevard’s City Manager, says, “Connecting Transylvania and Henderson counties with the 19-mile Ecusta Trail, a pipe dream for many years, now has traction on moving forward as a viable project. We are excited to see Conserving Carolina and City of Brevard as community partners in creating a tremendous recreational opportunity for our citizens.”

“On behalf of everyone here at the Blue Ridge Southern Railroad and WATCO, we think this is such a great outcome for this unused asset,” said Laura McNichol, WATCO Senior Vice President, Government & Industry Relations. “We know and understand how important and beneficial these trails can be to communities with the added benefit of preserving the corridor for future rail use should that ever be needed. We truly appreciated working alongside the good folks at Henderson County and Conserving Carolina, as well as Friends of the Ecusta Trail.” 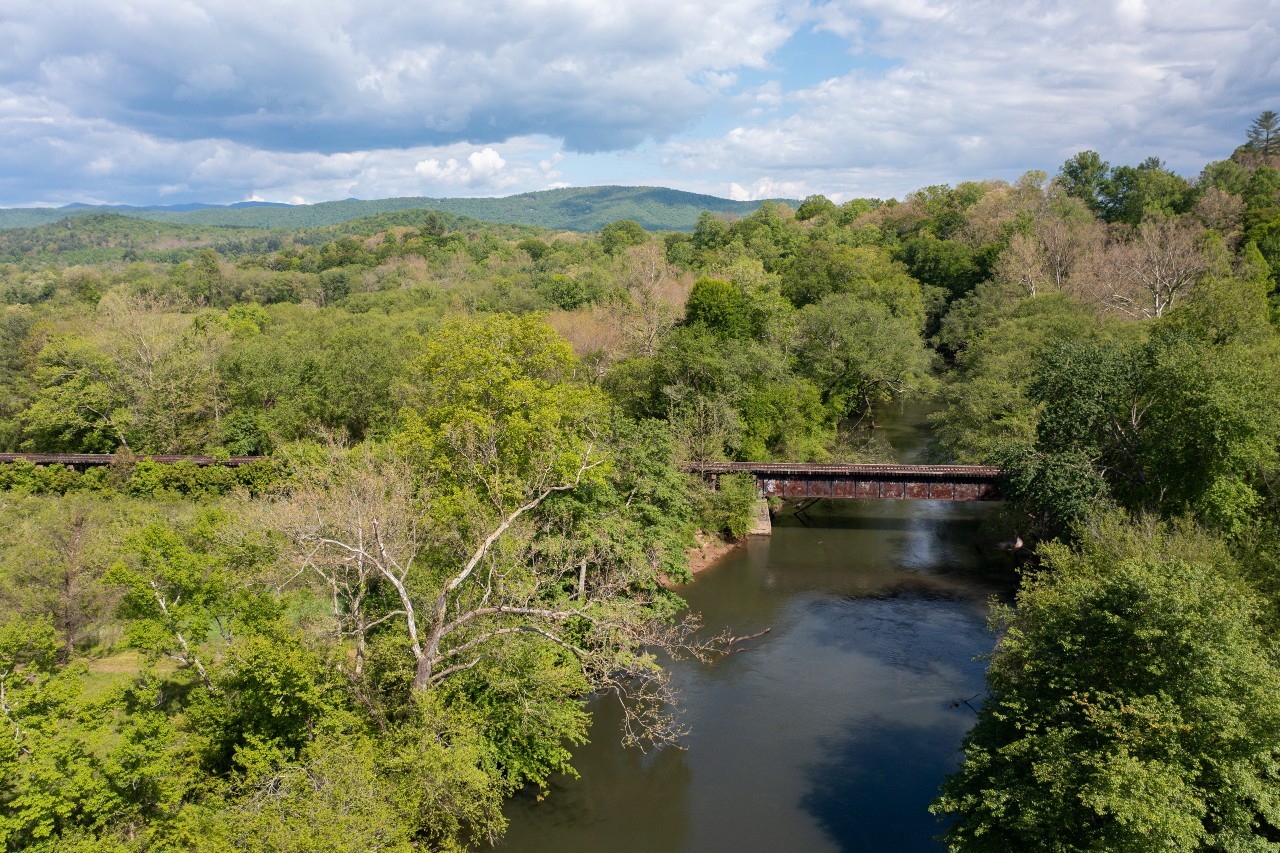 Construction of the Ecusta Trail is estimated to cost $31.1 million. The vast majority of this funding is expected to come from federal Department of Transportation grants, as well as other grant sources. However, an estimated $6.5 million local match is required to leverage this grant funding. Conserving Carolina and Friends of the Ecusta Trail have launched a capital campaign to raise the match from local businesses and individuals who want to invest in this asset to the community.

The Ecusta Trail has the potential to pay for itself many times over. The case for support for the capital campaign cites findings that every $1 spent on conservation, including parkland, results in $4 of economic value. Additionally, every $1 spent on greenways results in $3 in health care savings every year. Greenways also improve local quality of life, support a healthy environment, connect people with the places they want to go, and provide safe routes for alternative transportation.

Donations toward the construction of the trail may take the form of cash; pledges over a three- to five-year period; donations of securities, tangible personal property; real estate; and bequests and other types of planned gifts. Learn more.

Friends of The Ecusta Trail was founded in 2009 as a volunteer organization to study, educate and advocate for the acquisition and development of the proposed Ecusta Trail. Their efforts over the past 12 years have included garnering endorsements for the trail from local governments in addition to nearly 50 other non-profits and organizations throughout western North Carolina. www.ecustatrail.org

Conserving Carolina is a local land trust that has protected nearly 46,000 acres, primarily in Henderson, Polk, Transylvania and Rutherford counties in N.C. and the Landrum, S.C. area. The mission of Conserving Carolina is to protect, restore and inspire appreciation of the natural world. Learn more and become a member at conservingcarolina.org. 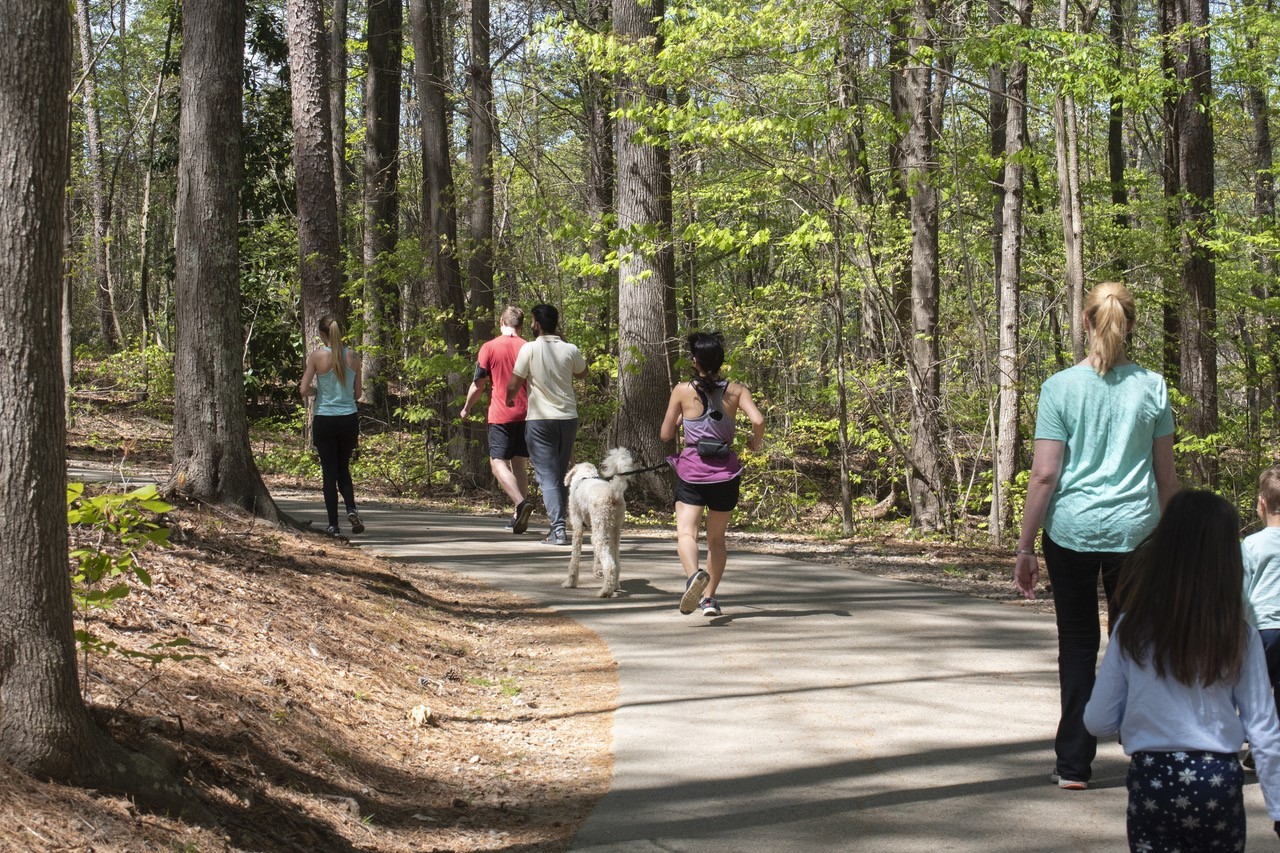