Have you seen Anteater Scarab Beetles? 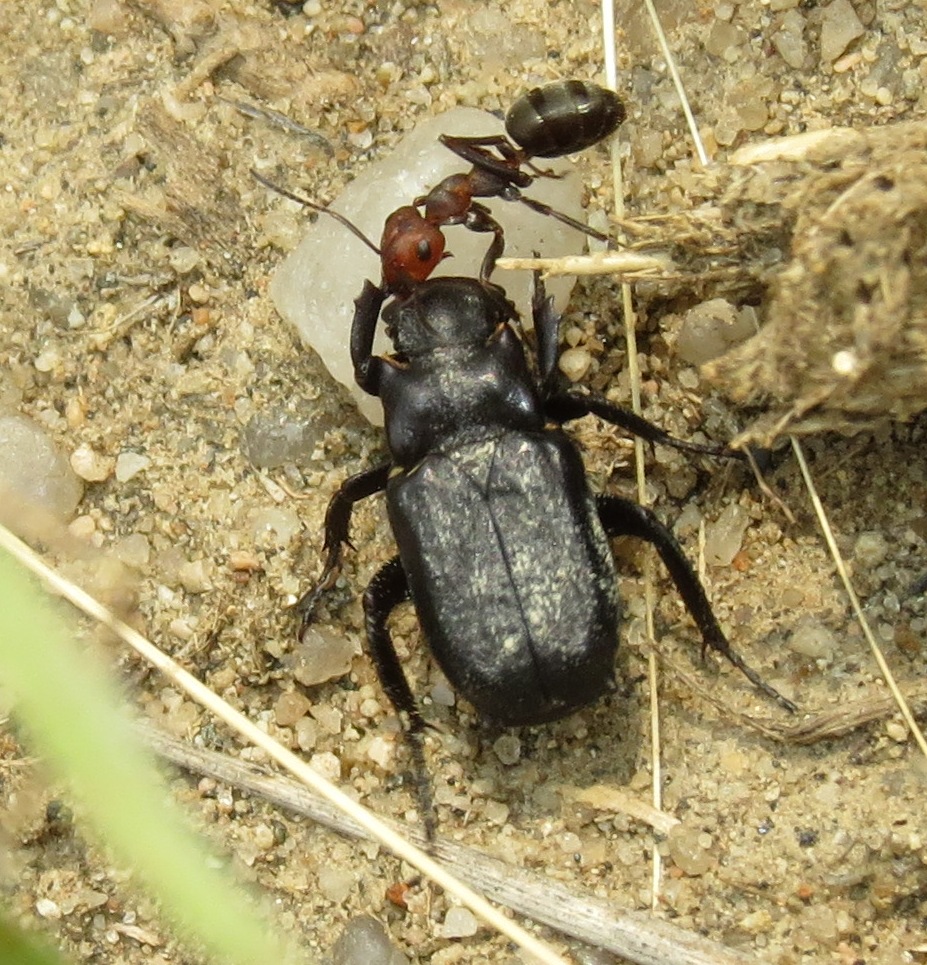 In a joint effort to expand the knowledge and understanding of the flora and fauna of Polk County, Conserving Carolina and botanist/ecologist David Campbell need your help in locating this month’s “Polk County’s Most Wanted—Animal,” an interesting and little-known group of beetles in the genus Cremastocheilus (Anteater Scarab Beetles).

How do I identify the Anteater Scarab Beetle from other beetles?

Throughout the world there are many species of insects that reside inside ant nests, such species are known as myrmecophiles and there are a great many of them. Myrmecophiles are dependent on ants for at least some or all of their life cycle. Examples of myrmecophilous insects include flies, beetles, and butterflies.

In North Carolina, several species of Cremastocheilus beetles have been collected throughout the Mountains, Piedmont, and Sandhills regions. They are small, about ½ – ¾ inch in length, and cryptically colored.

The beetles have hairs on certain parts of their body, known as trichomes, which exude a chemical signal that ants find pleasing or mollifying, allowing the beetles to reside inside ant nests without being attacked. The larval beetles complete their development and feed on detritus in the nest, or possibly on the ant brood, it is not conclusively known exactly which.

The best way to locate these beetles in our region is to place small stones or bark on top of ant nests in the late winter or early spring. Occasionally checking under the bark or stones may reveal the presence of one or more beetles, as they will often congregate under such objects for shelter. If you know of any ant nests or mounds near you, please consider giving this technique a try; however, avoid fire ant nests! In April-June, during the mating season, large numbers of Cremastocheilines may also be found congregating on sandbars along creeks and rivers.

See more about “Polk County’s Most Wanted.” Download and print a “Pocket Guide” with all of the “Most Wanted” plants, animals, and habitats that you can be on the lookout for when you’re out in the field!

A Biological Inventory of Polk County

Now available for download: “An Inventory of the Significant Natural Areas of Polk County, North Carolina,” a culmination of David Campbell’s seven years in the field documenting the rare and significant flora and fauna in Polk County.