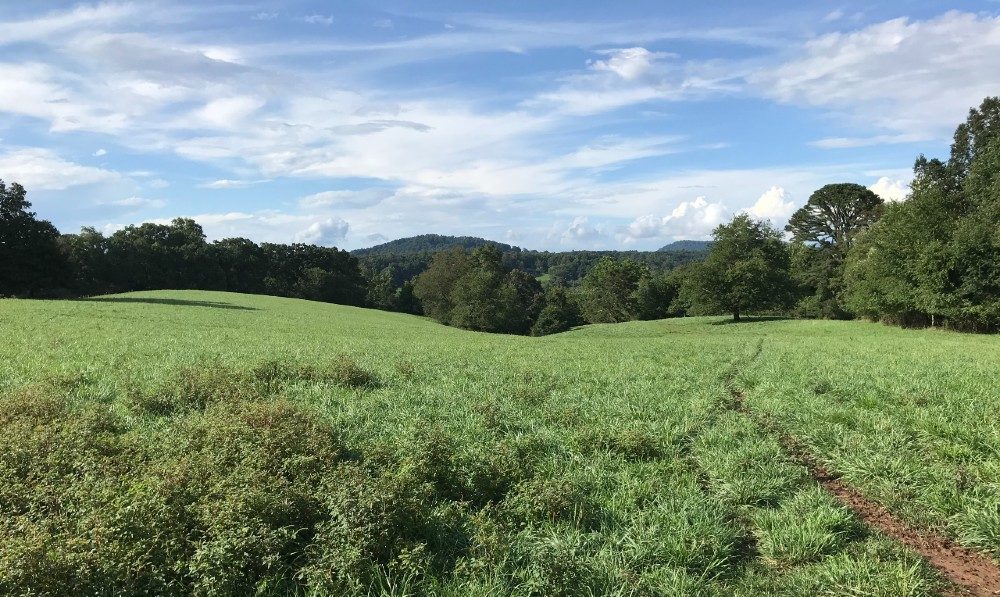 A historic cattle farm in Mills River has been permanently protected, preserving high quality farmland for future generations. Conserving Carolina worked with the landowners to place the 74-acre farm under a conservation easement, ensuring that it will never be developed. In addition, the landowners have agreed to fence their cows out of the French Broad River and a tributary stream, an important step for water quality.

The Brown Farm straddles Buncombe and Henderson Counties, with half a mile of frontage on the French Broad River and a herd of Jersey cows that can trace bloodlines to George Vanderbilt. Vanderbilt purchased the highly pedigreed cattle to grow the famous Biltmore Dairy herd.

The cows are desirable because of the high butterfat content of their milk, and when the dairy operation ceased, the Cecil family did not want to abandon the deep investment of time, care and money that went into building the herd. A remnant of the larger herd was entrusted to Mike Corn to maintain at the Brown Farm.

However, the cows posed a problem for the river. Up until now, they have had free rein to wander into the French Broad River and a stream known as Line Branch, which defines the county line. But the waste produced by the cows is detrimental to water quality—an issue for drinking supplies, wildlife habitat, and recreational use of the river. Now, plans are taking shape between state and federal agencies to put up fencing and plant native trees along the river. These steps will reduce both bacterial pollution and sedimentation from bank erosion.

Conserving this farm helps provide both clean water and a secure food supply. The easement protects 73 acres of productive farm soils, most of which are classified by the U.S. Department of Agriculture as “prime” or “of statewide importance.”  The conservation easement also factors in a permanent conservation of riparian buffers on more than 4,000 linear feet of stream, including 2,600 feet of frontage on the French Broad River along a section between Henderson County’s Westfeldt Park and Buncombe County’s Glen Bridge Park.

Katrina Brown co-owns the property with her brother, Craig. It has been in the family since 1971 and has had as many as 60 head of cattle roaming the land. She said conservation has been a priority of the family’s for quite some time, especially in light of the population boom in Western North Carolina, and the dwindling natural land.

“We’ve been talking about putting this land into a conservation easement for two decades,” said Brown. “We’ve always known what a unique piece of property it is, and never wanted to see it developed. All the farms around here are disappearing. Let’s leave this one for future generations.” 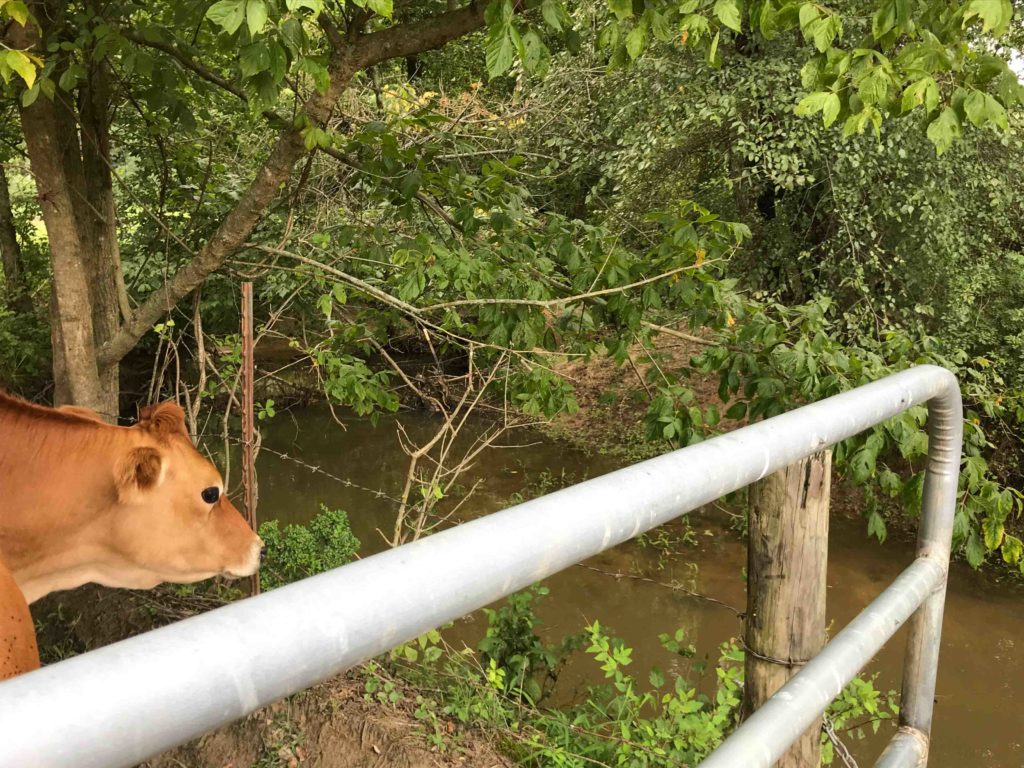 Tom Fanslow, Conserving Carolina’s conservation director says, “The Brown Farm provides ample benefits to our community, including a home for the Biltmore herd, wildlife habitat, and some impressive old-growth trees. And tens of thousands of paddlers on the French Broad River will continue to enjoy an unbroken expanse of green on both river banks.  This is one of the few places where we have permanently protected both banks of the river, thanks to the donation of a conservation easement by the Asheville Regional Airport Authority on the opposite river bank a few years ago.” 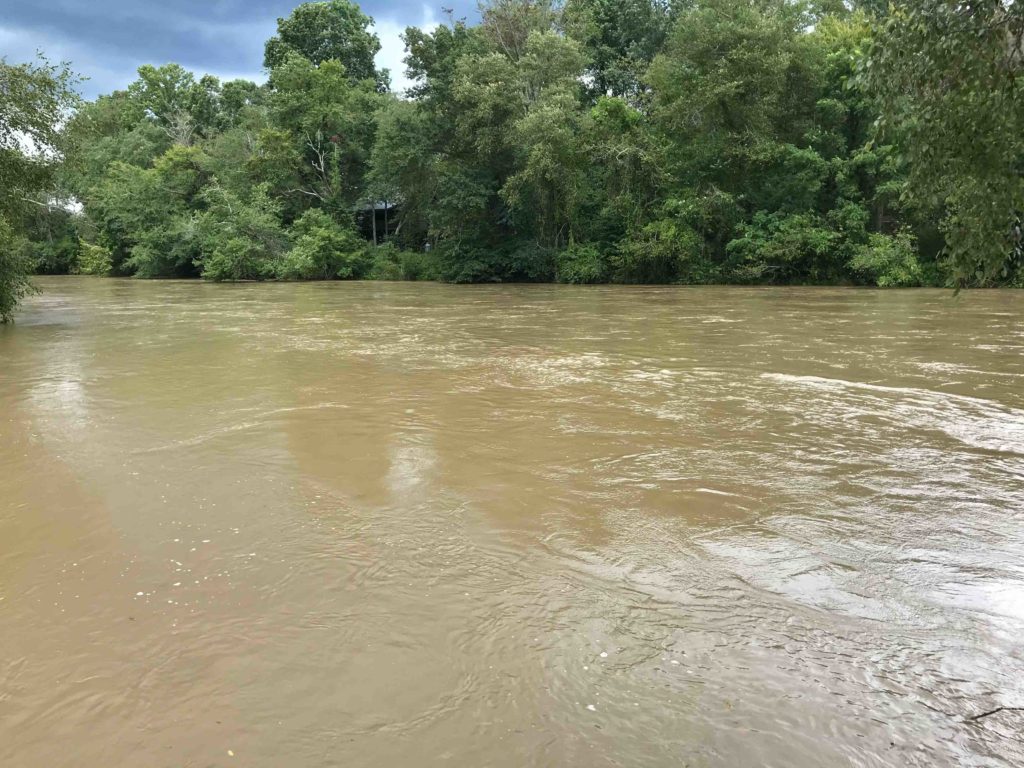 This protected land will benefit the increasing number of people who paddle or float the French Broad River Paddle Trail, a recreational watercraft trail created and operated by MountainTrue and Riverlink.

“This project has the potential to really help the French Broad. It will limit the amount of sediment flowing in from Line Creek and will benefit macro-invertebrates and a host of aquatic organisms,” she said.

The Natural Resources Conservation Service provided support for both the conservation easement and the riparian fencing, in collaboration with the Henderson County Soil and Water Conservation District. The project received support from the NCDA&CS Agricultural Development and Farmland Preservation Trust Fund. Additional funding came from Buncombe County. 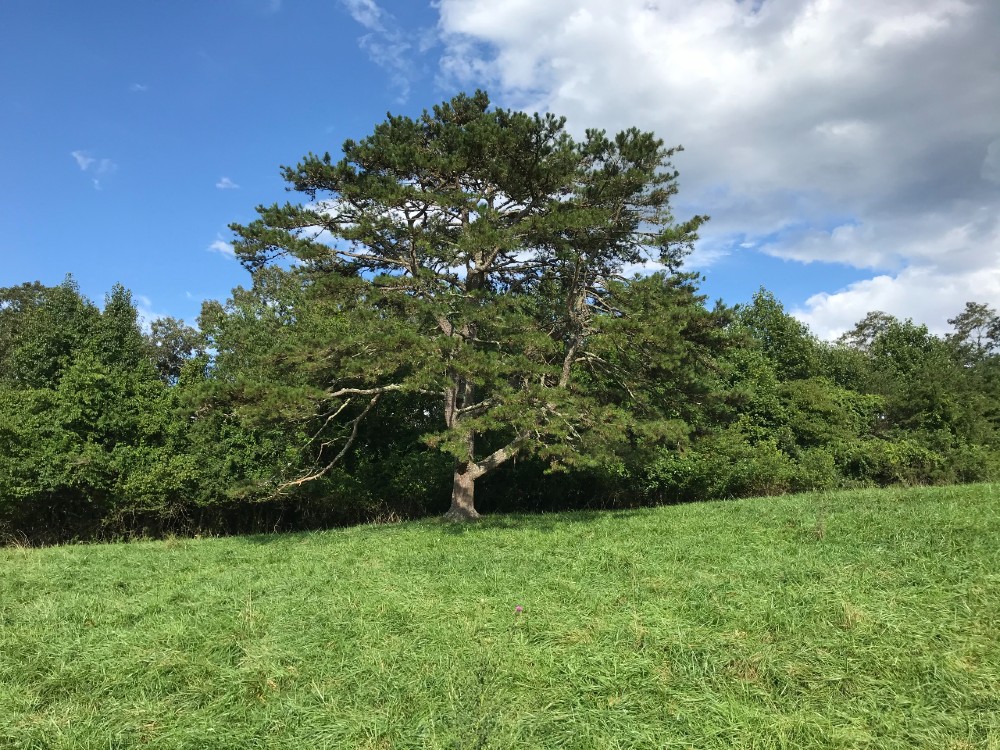 Nelson said right now a survey will be performed, with design plans coming soon after. Next year, restoration begins after permitting and grant acquisition.

“This is fairly involved, with a lot of upfront work before any labor begins,” she said. “I enjoy partnering with Conserving Carolina and look forward to working with them on this project. It’s always a pleasure when we can collaborate with more than one agency.”

If you are interested in protecting your land, you can learn more about conservation options for landowners here. You can also contact our land protection director, Tom Fanlsow, at [email protected] or 828-697-5777 x 204.

Pat Barcas is an AmeriCorps Project Conserve member who is supporting communications and education at Conserving Carolina.