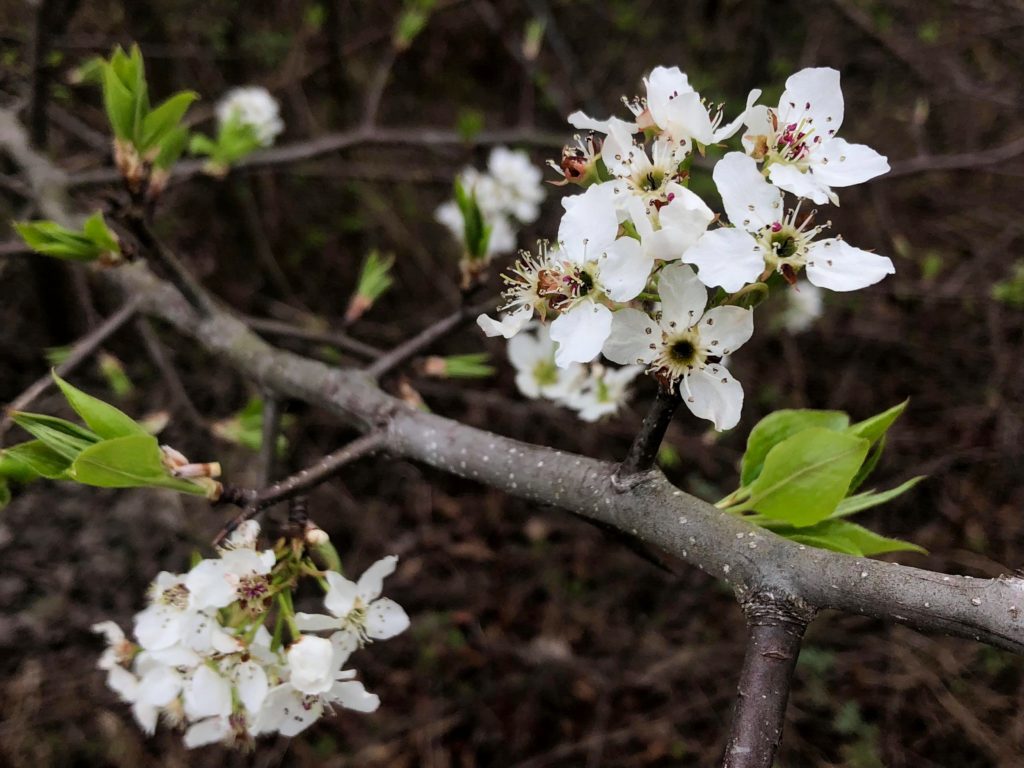 One of the best parts about spring is admiring all of the new blooms as they remind us of the beauty of life after winter. However, some of these blossoming plants are naturally equipped to support wildlife better than others.

Although Bradford pear trees are one of the first plants to bloom in the spring, they are also considered to be one of the worst. The white blossoms may appear to be flowering purely for the sake of wildlife, but we urge you to see the bigger picture. These beautifully flowering trees are not only deceivingly smelly but also incredibly invasive!

Originating in China and introduced by the Department of Agriculture in the 1960s, this tree was originally thought to be an ornamental tree for American landscapes. Also assumed to be sterile, the flowering tree has since become recognized as one of the most detrimental plants in our society.

Notorious for their weak branch structure, these trees will experience immense breakage throughout their lifetime, especially after a winter storm. With an overall life-span of only 15-20 years, this tree (and its blossoms) are short-lived, and don’t provide the lasting benefits for wildlife like native trees do.

Problematic for the Landscape

Once admired for its hardiness, the Bradford pear is now considered an invasive species, growing in even the poorest conditions and proliferating fast. That’s why you sometimes see swaths of Bradford pears blooming together in disturbed areas, approaching a monoculture.

They displace native plant and animal species by overtaking landscapes and crowding out all other trees. Often, you’ll even see the space beneath them to be bare and muddy because even grass can’t make its way in. Though nice to look at, this tree doesn’t support our native wildlife.

Over time, insects have co-evolved with the native trees on which they feed, acquiring adaptations along the way, allowing them to cope with any defenses the tree may have created to thrive. According to the National Audubon Society, native plants are more helpful to native wildlife than introduced plants. Because native trees have evolved with the local wildlife, they harbor more insects and yield more fruits than non-native plants, resulting in greater amounts of food. These plants also host many more caterpillars and bird species than non-native plants. Studies show that birds are more abundant in native trees than for introduced species of trees, as seen from their nesting locations.

How to Get Rid of Bradford Pears

Spring is the best time to start tagging. When it’s blooming, mark with flagging ribbon so you can identify it more easily in the high of summer. The best time to tackle the tree is when it’s at its most vulnerable, during extreme heat.

For information on herbicides, you can consult these sources for specific recommendations for your property: NC State Cooperative Extension & NC Invasive Plant Council.

How to Identify Bradford Pears

Native Look-Alikes That You Can Plant!

If you appreciate the early spring-blooming white flowers, here’s are some native trees that share the same visual qualities and aesthetic nature of Bradford pear, blooming early and supporting wildlife in the process!

Although Bradford pears are revered for their perfect symmetry and pear-shaped canopies, they are seriously structurally unsound. Rain, snow, and even the slightest breeze will expose its weak joints, causing cracks and breaking in half. While these ‘Frankenstein’ trees may be pretty, they’re considered by knowledgeable botanists and landscapers to be an environmental disaster!

If you have these trees, we encourage you to remove them and replace them with beautiful native trees that support the insects that are the basis of our whole food web. Some programs have even been introduced to inhibit the spread of these trees. Fayetteville, Arkansas, started offering a bounty to anyone who cut one down. In return, they would receive a free native tree to take its place.

“What NOT to Buy” Guide—And Native Alternatives

Many common ornamental plants are not native but introduced—so if you plant them, you’re missing out on opportunities to support pollinators, birds, and other wildlife that need habitat. Worse, many plants are actually invasive, like Bradford pears. For example, English ivy, oriental bittersweet, bush honeysuckle, butterfly bush, and bamboo are all invasives that can escape your garden and take over natural areas, destroying wildlife habitat.

Fortunately, there are native alternatives that will look great in your garden and provide the features you’re looking for—whether that’s a hardy ground cover, bright flowers to attract butterflies, or a thick screen to add privacy. Here is a helpful guide to garden plants NOT to buy and native plant alternatives. When you shop for plants this spring, check out this Pocket Guide from the Southern Appalachian Collaborative Weed Partnership. Thanks for creating habitat in your landscaping!

Interested in improving habitat where you live? We offer seasonal tips on how to make your yard and home a better habitat for native plants, animals, and insects. Explore more Habitat at Home topics here. You can also sign up for Conserving Carolina emails to get the latest Habitat at Home columns in your inbox.

Habitat at Home is a monthly segment dedicated to providing you with tips to make your yard and home a better habitat for native plants, animals, and insects. Written by Rachel Hess.