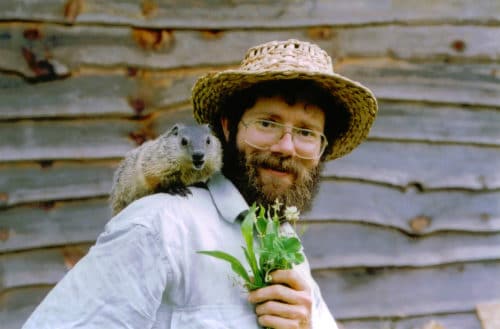 Have you ever had a swarm of bees fall on your head, given first aid to a snake, dined on raccoon, or read God’s handwriting on the back of a trout? Doug Elliott has, and he’ll be telling you all about it, along with a few soulful harmonica tunes and more than a few belly laughs. This event will be great for adults and older children!

Bio: Doug Elliott is a naturalist, herbalist, storyteller, basket maker, philosopher, and harmonica wizard who lives in Rutherford County, NC. He has performed at festivals, museums and schools from Canada to the Caribbean.  He has been a featured storyteller at the National Storytelling Festival in Jonesborough, TN and has conducted workshops and programs at the American Museum of Natural History in New York, the Royal Ontario Museum in Toronto and the Smithsonian Institution. He has trained rangers for the National Park Service and guided people on wilderness experiences from Down-east Maine to the Florida Everglades.  He was named harmonica champion at Fiddler’s Grove Festival in Union Grove, N.C.  He regularly writes articles for regional and national magazines.  He has authored five books and produced a number of award winning recordings of stories and songs.